cfiles is a terminal file manager with vim like keybindings, written in C using the ncurses library. It aims to provide an interface like ranger while being lightweight, fast and minimal. 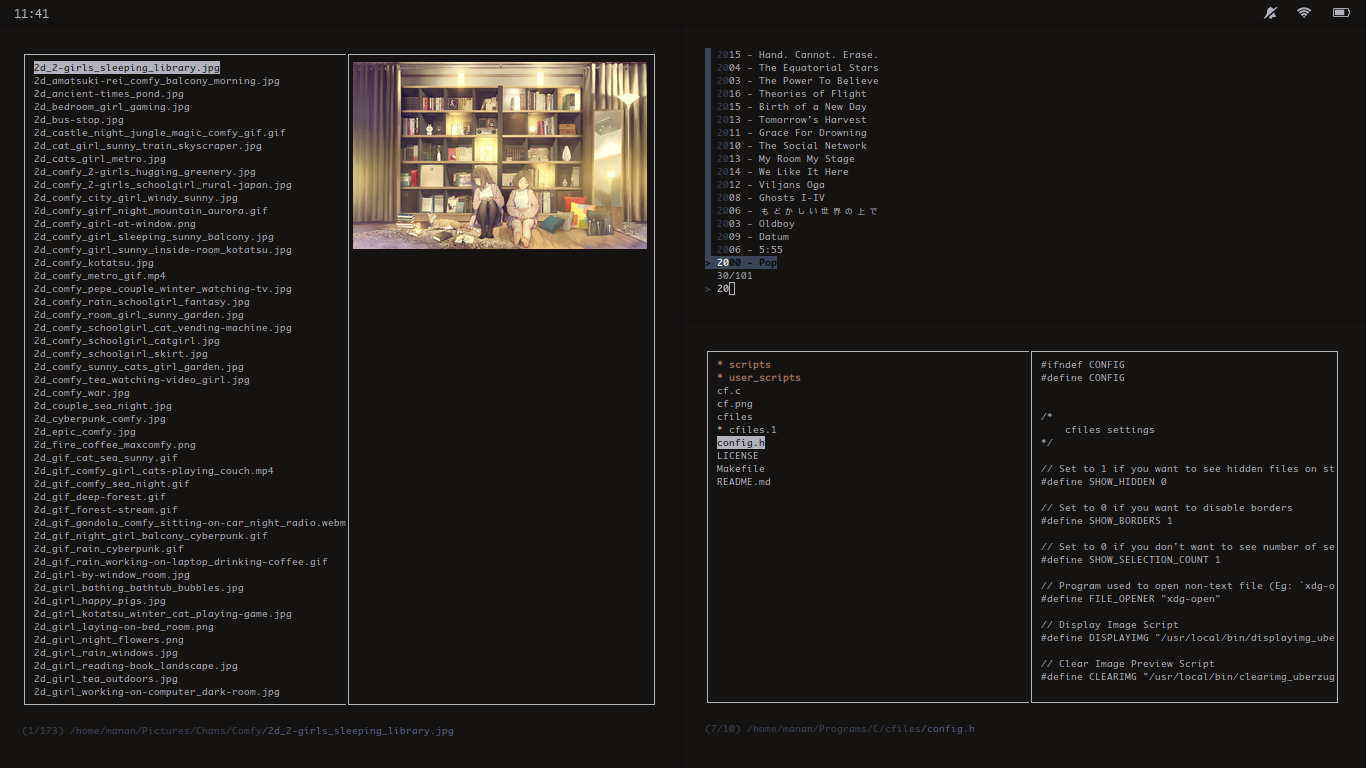 Arch Linux users can use the AUR package.

macOS users can use brew or macports

cfiles uses $XDG_CONFIG_HOME/cfiles directory to store the clipboard file. This is used so that the clipboard can be shared between multiple instances of cfiles. That's why I won't be adding tabs in cfiles because multiple instances can be openend and managed by any terminal multiplexer or your window manager. Note that this also means the selection list will persist even if all instances are closed.

cfiles also uses $HOME/.local/share/Trash/files as the Trash Directory, so make sure this directory exists before you try to delete a file.

For storing bookmarks, cfiles uses $XDG_CONFIG_HOME/cfiles/bookmarks file. Bookmarks are stored in the form <key>:<path>. You can either edit this file directly or press m in cfiles to add new bookmarks.

You can set FILE_OPENER in config.h to specify your file opening program. It is set to use xdg-open by default but you can change it to anything like thunar. macOS users need to set it to open.

You can either go with w3mimgdisplay or Überzug (link) for image previews. Each method has it's own pros and cons.

I recommend Überzug because the previews scale well with change in terminal size and don't disappear on changing workspaces.

You may have to modify the scripts a little, about which you can read here.

I wanted to improve my C and learn ncurses so I decided this would be an ideal project.

Apart from this, I have always wanted an alternative to ranger that is faster while still having a similar UI.